Jake_Mu (mainly known as Jake, former username being jakoba99) Is a [$]Trusted Member and has been apart of the community since May 23 2013.

When Jake joined he was primarily a member of the survival towns of Farcoast. Gaining the rank of Lieutenant of the Farcoast 1st Infantry Platoon, carrying out many mining expeditions and road expansions. 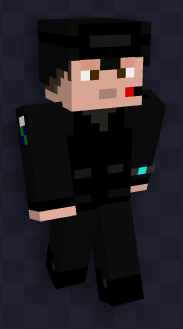 Although he has taken a few breaks from Minecraft he is now mainly known for his cities of Jakegrad, Malleus, and his current city Kreznik.