Borbor is a player known for his trademark message "i did not grifing" which is what he wrote in his ban appeal on the 11th of June, 2016[1] . This phrase became an icon of PCB culture and a religion was subsequently established. Borbor is largely inactive but has reappeared on the server for a brief moments throughout the years, the most recent being in 2020.

Borbor received a cult following after his ban appeal. Numerous churches and statues appeared in his name across the creative server, persisting through different versions of the creative maps. The religion, Borborism, has existed on the server for many years, founded by jmvvana and others. Until death or abdication, jmvvana serves as the Pope of Borbor. Various sects of Borborism have also been established, however "Protestant Borborism" is not recognized by the Church of Borbor and is seen as illegitimate. The religion has fallen out of fashion recently with an influx of new players who are unaware of this PCB cultural icon, but has made strides in the Creative 1.15. map. Few images of the original Vatican of Borbor survive outside of a short imgur album: https://imgur.com/a/r36iw 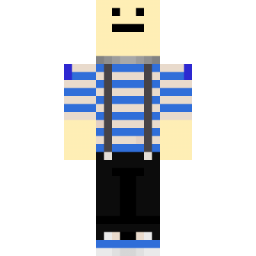 Borbor has been banned six times. In a ban appeal from 2017, the only thing he wrote in the ban appeal was: "i am sorry for griefing on the server. :’( :’( :’( ."[2] In the same appeal, it was revealed that Borbor bypassed his ban and was subsequently banned again by Mannriah.