The PCB website is the central hub of the community. Having undergone makeovers throughout the years, it is currently on its 3rd iteration. 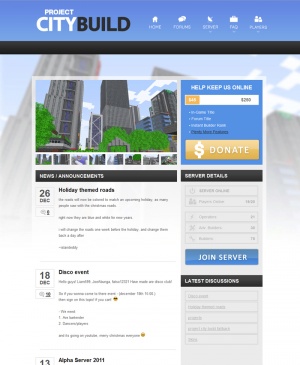 The original PCB website was hastily put together in order to unify the community both off and on the server. Launched several days after the classic server first opened, the website featured only basic information and a forum. 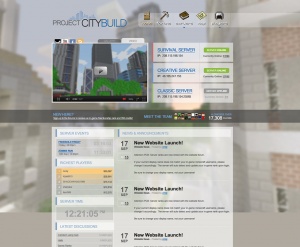 Version 2 was scrapped quite early into its life cycle after launch. The website however is notable for integrating with the Minecraft servers, bringing features such as player economy balances, player avatars and real-time maps. 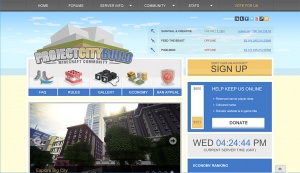 Version 3 has been the face of PCB since late 2011. It brought with it even further integration with the servers, featuring: 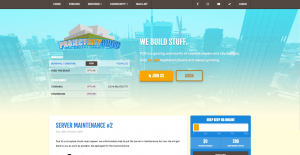 Version 3.5 was the first step in upgrading PCB's website to Version 4. On 17 February 2018 a new homepage was launched with the old-style forums remaining.

On the 15th of April, 2018 PCB completed the forum migration from SMF to Discourse. Planning began as early as late August, 2017 and took a great deal of time and effort due to the need to convert data from SMF's format. Additionally, SMF accounts were converted into 'PCB' accounts - integrated with Discourse and OAuth providers Facebook, Twitter and Google Plus - further increasing the complexity of the transition.