From PCBWiki
Jump to: navigation, search 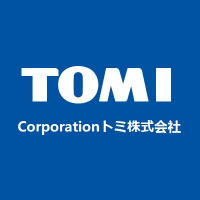 Tomi Corporation (トミ株式会社, Tomi Kabushiki Gaisha also known as TomiCo) is a group of autonomous multinational companies in a variety of industries; its main industry being construction and design. Established by tomicalover in 2016, the corporation has grown to earn profits in the multi billions. TomiCo reported earning $5.227b in 2018.

TomiCo was established in 2016 by tomicalover. It was created as a means of addressing a lack of a dominant consumer product company on PCB. Its early products were home automation technologies and electric car charging stations. The 1.7 “Home of the Future” in Acra City showcased the available home automation produced by TomiCo which included an AI assistant similar to Google Assistant (but more capable when paired with TomiCo appliances). TomiCo ceased production of all products for the 1.8 map duration, however, resumed for the 1.12 map and established several subsidiaries.