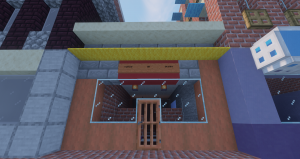 This was the first building built in Flauration by Samuel Erwin. The building is now the Tattoo Parlor, Tatted Up Skanks. 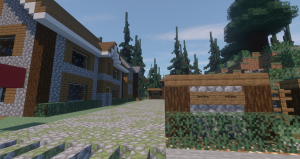 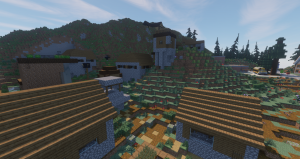 The First Village built by the settlers of Historic Flauration.

When Samuel Erwin was searching the area for new territory, he decided to build one building (currently the Tattoo Parlor) to mark his territory and have a place to stay. People soon started arriving and building more buildings in a row. When they had built 5 buildings on one side of the road, they built the other side. After that, work slowed and it stayed in its current state. Around the 1900s when Illemont was built, a few more buildings were constructed such as the small village behind the town (scheduled to be demolished), soon a whole small village was created. Around the 1950s, Flauration sub urbanized even more, with the creation of Spruce Village. 12 years later, Pine Mountain Elementary School (called Flauration Elementary School at opening) was built and open to the students of Flauration. The school was only meant to serve 80 students at the most so today the school is becoming increasingly too small. Today, new developments are being planned left and right, a railroad line is planned and a Food Lion is being built currently. The Colin County Public Schools central office was also built just feet from Historic Flauration.

Schools in Flauration are run by Colin County Public Schools. Although right now there is only one school:

Flauration has roads connecting to Waterleaf which is soon to connect to Illemont. A fleet of school buses takes kids to school and works as a shuttle from Flauration to Waterleaf on the weekends. A public bus system and rail road line is planned for the town.